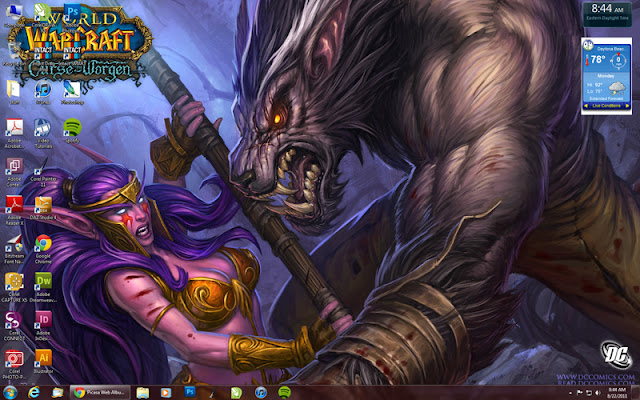 On the work box this morning, I went with a WoW theme – Curse of the Worgen. Great illustration.

Finally maxed out this morning and got my worgen warlock, Cygnet on the Whisperwind server to level 85.  She put on some new gear, did the Tol’Barad dailies, and ran her first heroic instance, in which she died twice.  She also got to honored status with her guild. 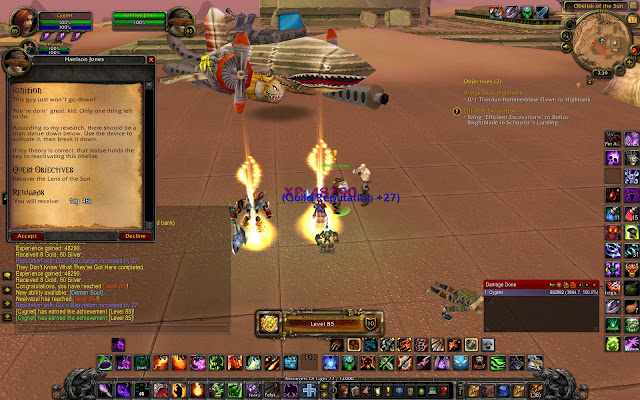 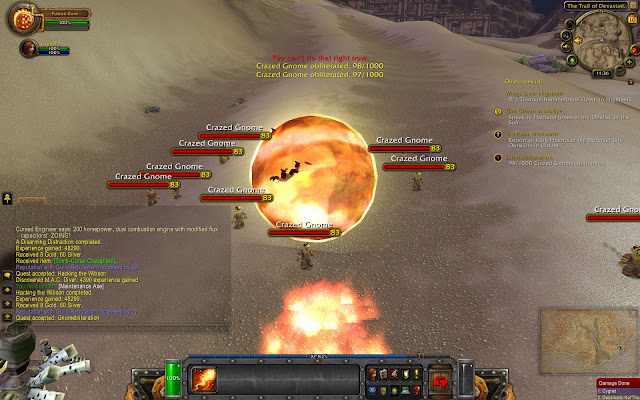 Killed a few bosses in heroic Icecrown Citadel, and only one normal Cataclysm dungeon to go.  I topped out in mining and took first aid up over 500 in one sitting. Should hit 85 tomorrow! 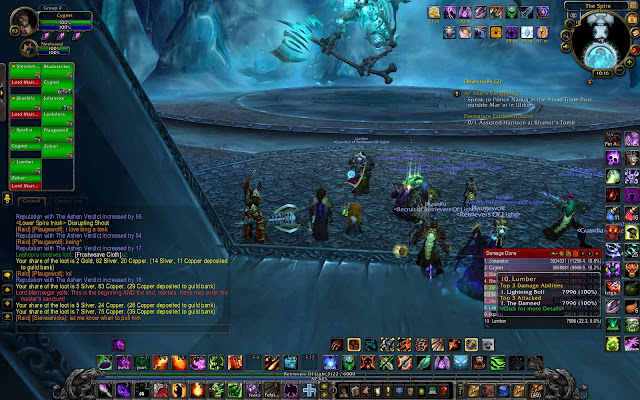 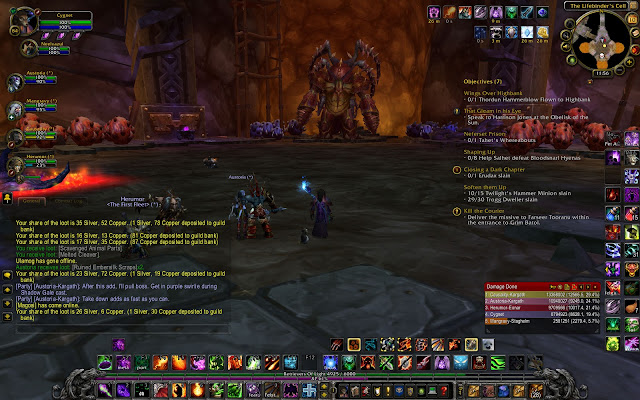 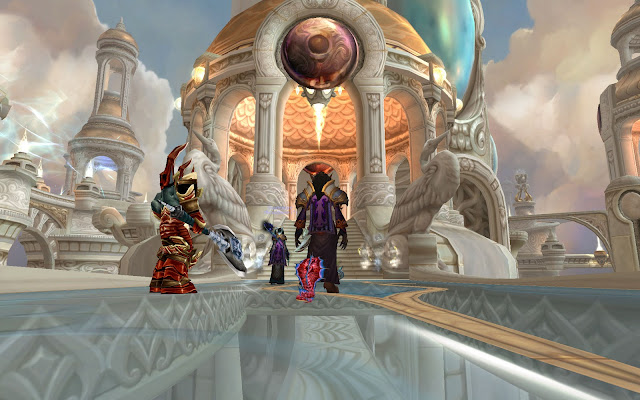 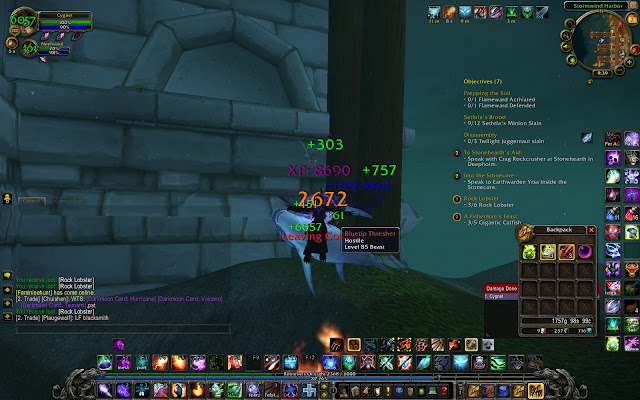 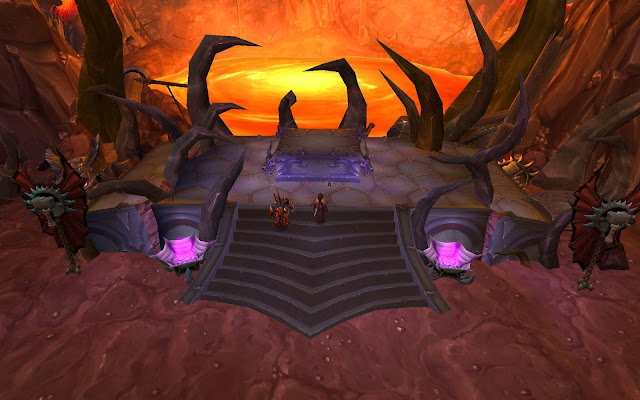 Cygnet, my worgen warlock on Whisperwind US, has done Blackrock Caverns, Throne of Tides, and Stonecore a few times now, and is working in Deepholm.  She’s going pretty fast toward 85 with a combination of questing and the dungeon finder.  I don’t plan on doing any heroics with her until I have the entire core set of basics down.  I’m still very intimidated by the idea of Deadmines and Shadowfang keep, as you’re just kind of thrown in and expected to know what’s going on at heroic difficulty.  And soon we’ll have Zul’Gurub and Zul’Aman back as heroic five-mans with the same pressure.  I do like that they’re adding some progression with 5-man content, though, so it’s not all about raiding.  ZG and ZA will only be accessible when you have gear from the other heroics, so it should be all good. 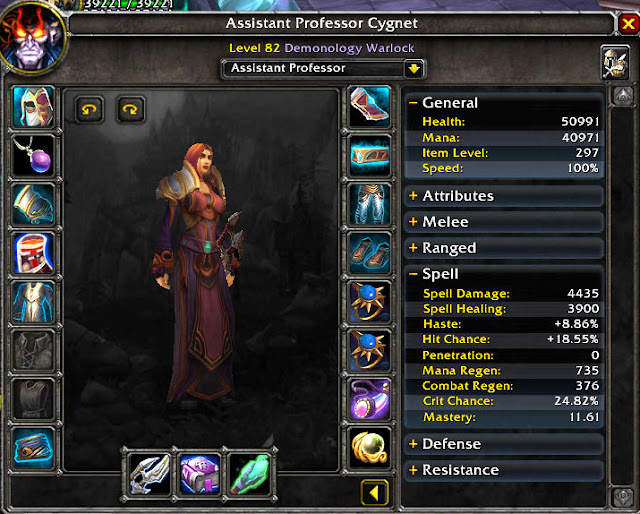 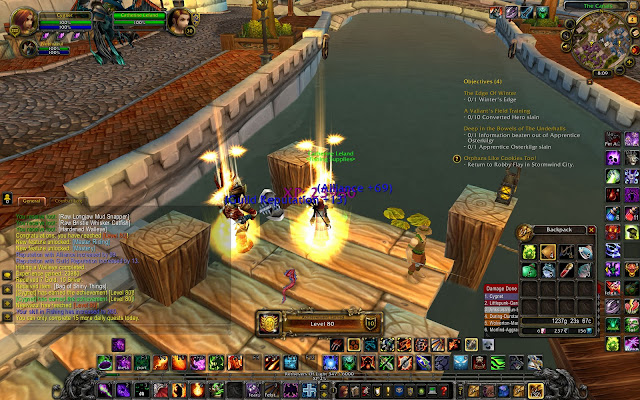 Cygnet has finally gotten to level 80 and entered the Cataclysm content. 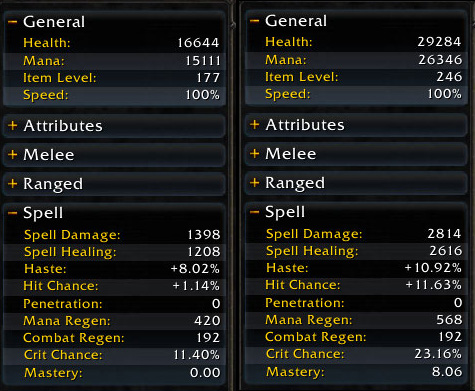 After just a little while in the newer content, look at how much her stats improved with some greens from Hyjal and 2 blues from her first instance run. Not bad!

Explored all of Outland and Northrend – working on mining and archeology. 9 levels to go and she tops out! 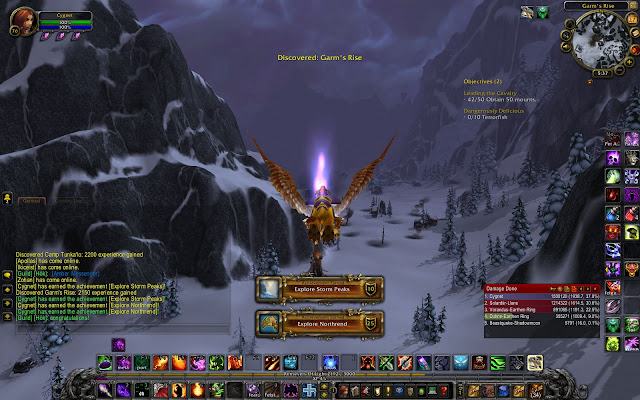 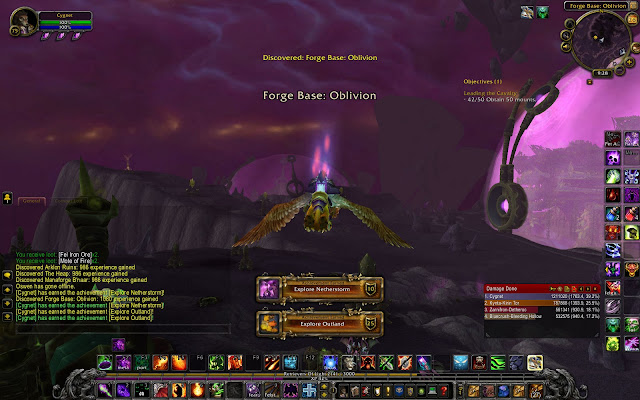 Here’s a few shots of Cygnet from this week. 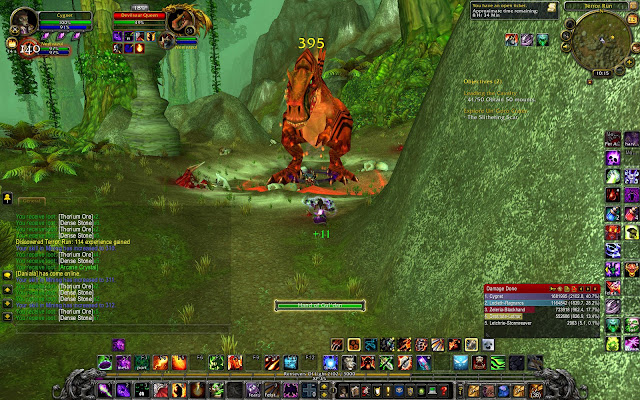 Killed a Devilsaur – payback for years of stepping on me. 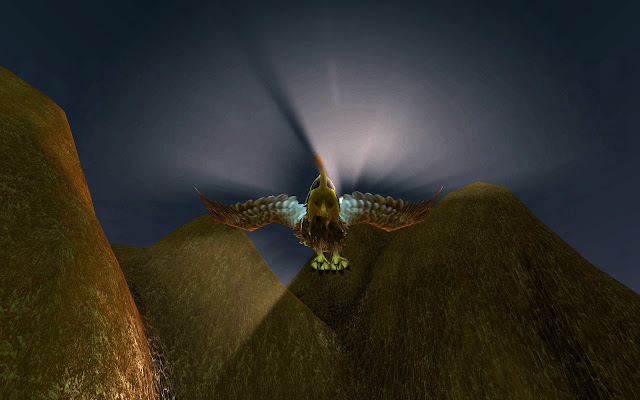 There’s a little black spot on the sun today… 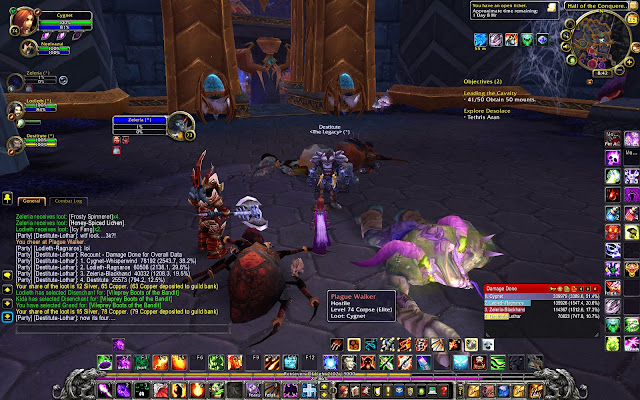 My DPS is pretty awesome in Wrath dungeons, and someone noticed. 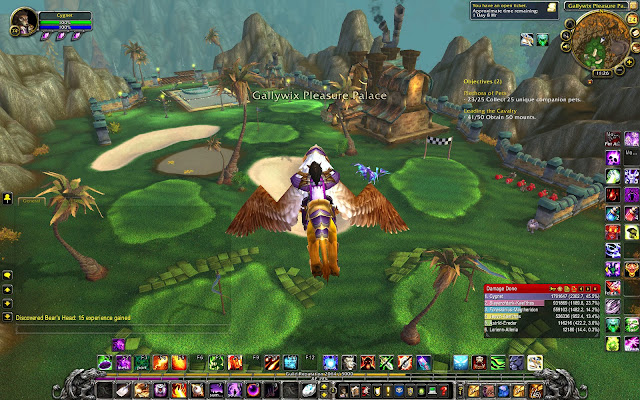 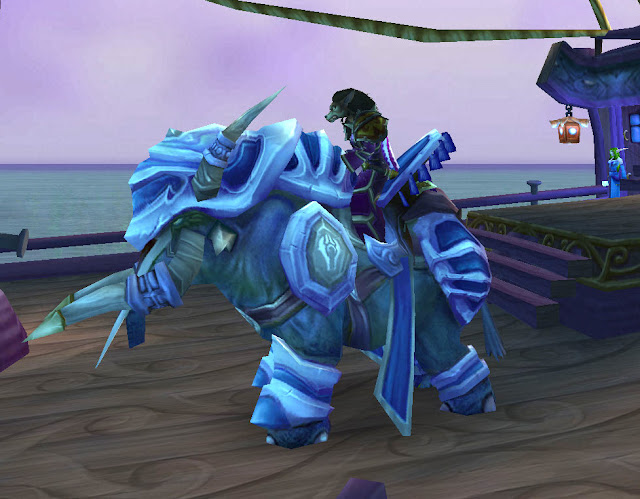 Got some new mounts. 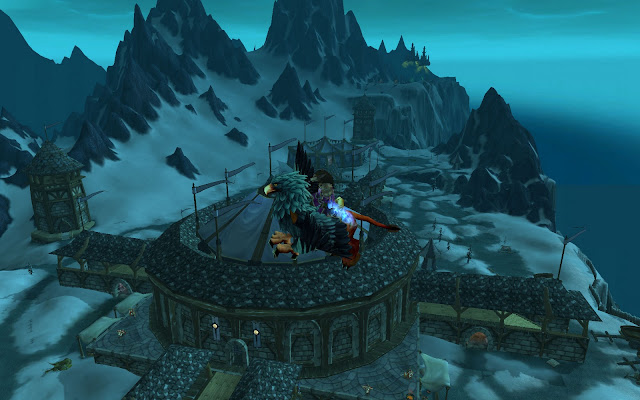 Checking out the Tournament in Icecrown. 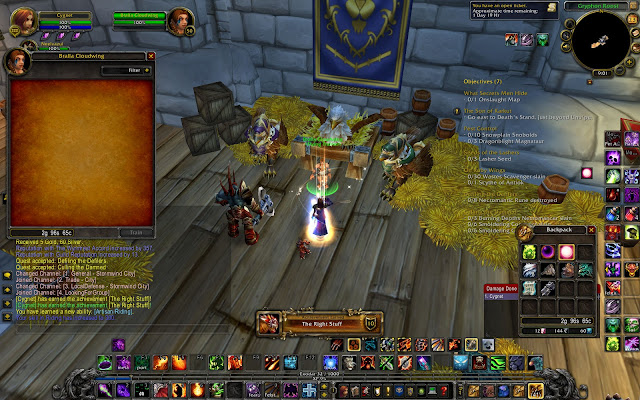 I reached level 73 this morning, and bought my new little worgen warlock her epic flying, so now I can start pounding on archeology. I didn’t want to do it at the slower speed, and I won;t have 4000 gold to buy the very fastest for a while, so this looks like a good time to do it.

I also topped off my last Alliance reputation to exalted, and achieved the Ambassador title.  This also opens up all the mounts to me, so that’s fun as well.  If I want to go back and do the Argent Tournament, I already have all the rep in place now for the Crusader title.

Had a very bad tank/healer combo in a run this morning.  They were both from the same guild, and I suspect they were multi-boxing, and may have been the same person. They just sat at the entrance and refused to participate. One of the DPS got mad and left, so we didn’t have enough votes to kick them, as one always voted against for the other person.  We could add more, and they wouldn’t leave.  There were some weird characters in their names, but I finally was able to add them to ignore by whispering them and then clicking on their names. Now, they won’t end up in any groups with me again.  I also reported them, which is something I almost never do, but they were deliberately abusing the dungeon finder, so this was a special occasion. Stupid people. 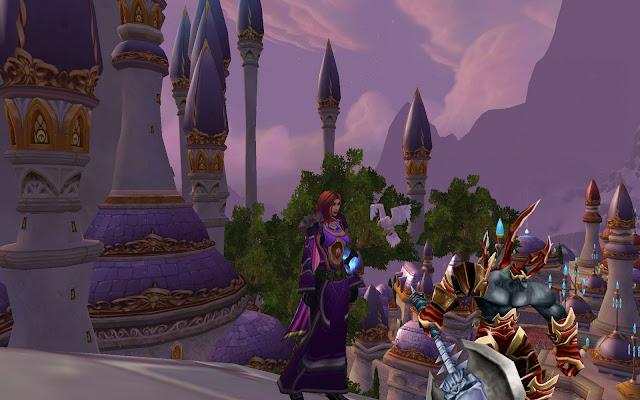 My new worgen warlock on Whisperwind, Cygnet, is now level 72, and has Seed of Corruption, as if her AOE damage wasn’t good enough.  She’s topping the meters in the Wrath dungeons, but I know she’s slow down a bit when she gets into the Cataclysm set.  Can’t wait to get Demonic Circle back at level 78! 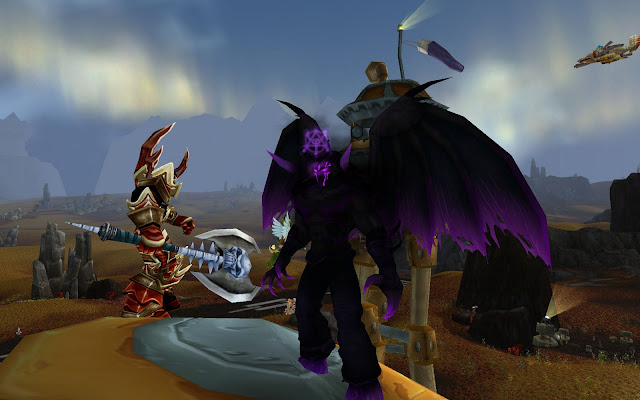 My new worgen warlock on Whisperwind has reached level 70 and is digging into Northrend.  She got her 31 point talent, Metamorphosis, and cold-weather flying. Woot! 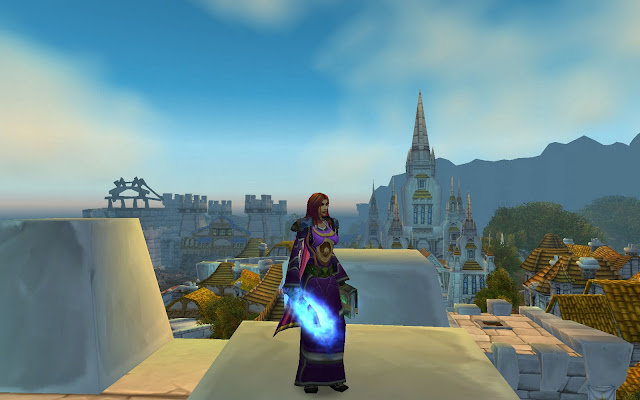 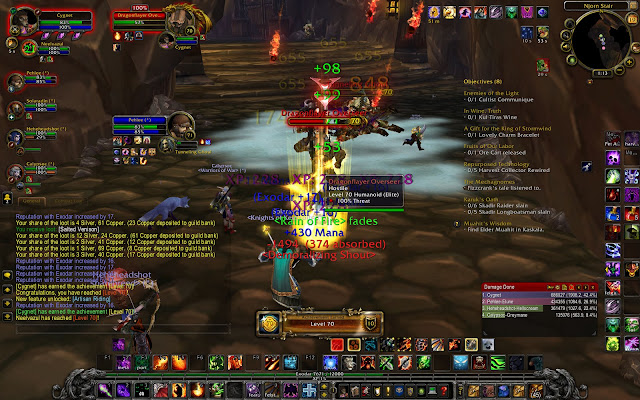 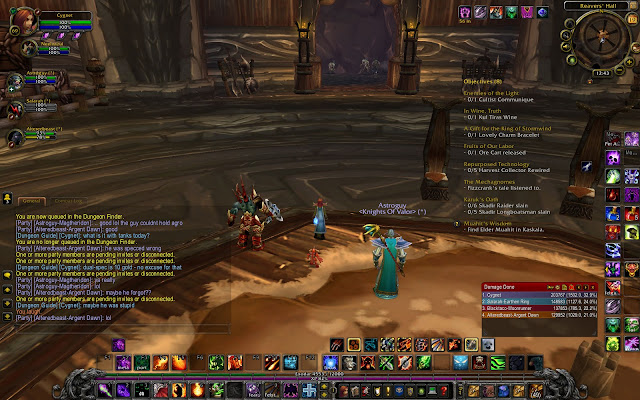 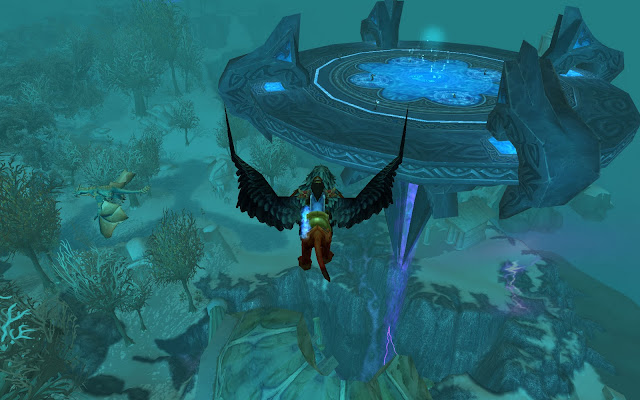 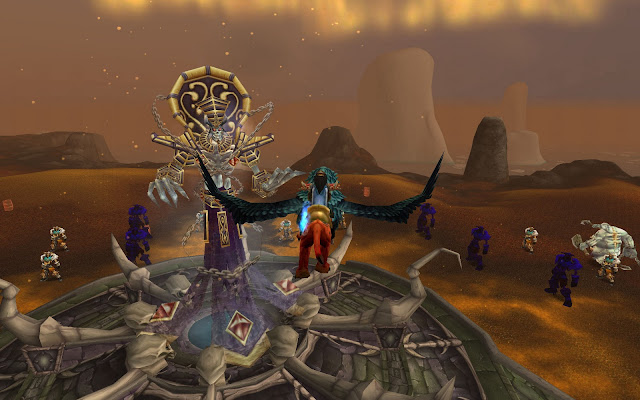 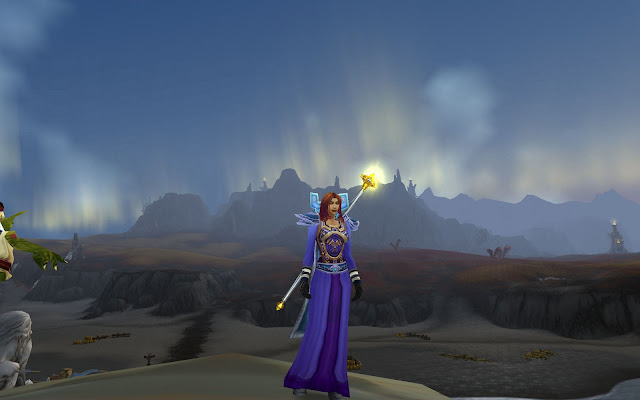 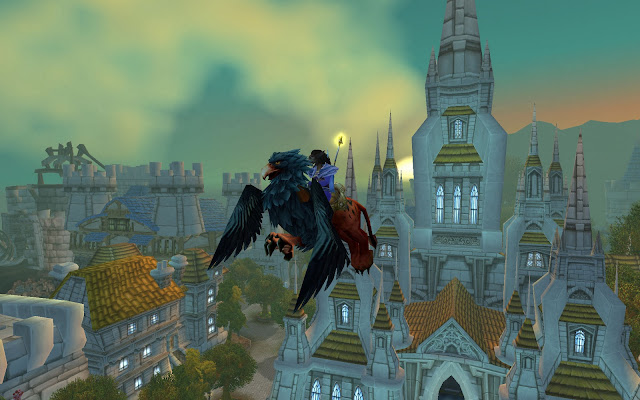 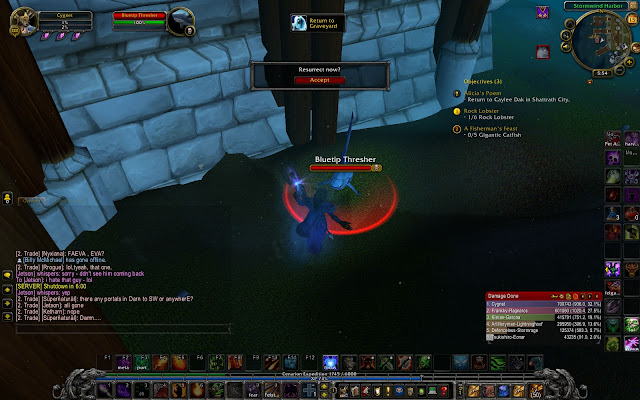 I still get eaten by that damned shark…