Skip to content
Here are my reviews for what was in my comic bag this week. 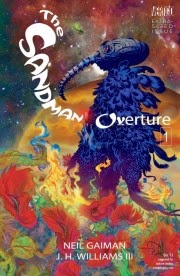 10 out of 10
My favorite book this week. I’ve never been a big reader of Sandman before, but this may get me to go back and read all of the old issues. Everything about the book was beautiful – the layout, the use of text and images. There was a lot of lettering for a comic, but it was so well written, I really enjoyed it. As a starting point, this book make me want to learn more about what was going on, which is perfect. 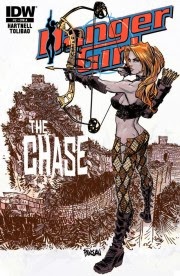 7 out of 10
This was not too bad. I really miss seeing regular J. Scott Campbell art, but this book captures the fun and feel of the original series. It’s a bit gratuitous, but it was an enjoyable read that didn’t require knowing years of back-story and crossover issues to follow, which is nice. 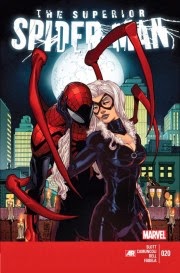 7 out of 10
Still my favorite on-going series. Otto has laid some brilliant plans for Peter Parker and Spider-man. but they’re starting to come unraveled, and Carlie finally knows who he really is. How much longer can he keep it up? The entire Superior story arc has been a great exercise in an old question – if you suddenly found yourself running someone else’s life, could you make it better? And if so, why can’t you do it with your own life?

The art in this issue was great in a few spots, but near the end I thought some of the pages looked a bit rushed and not quite up to the standard. Still, a very good read. 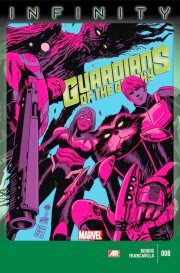 Guardians of the Galaxy #8

I’ve really looked forward to this book every month, but this one was a bit of a let-down. The art is normally filled with detail and expression, and this book looked sketchy and flat to me. It’s just not a style I like. To make matters worse, it’s part of the big Infinity crossover, which makes the story part of a much grander mess. Hopefully they get back on track next issue. 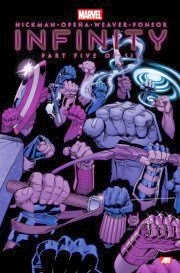 6 out of 10
The art in this book was very good, but I’m really not a fan of the big multi-book crossover events after Age of Ultron. Nice visuals, but the story is a mess. There were some good scenes, so it was,’t terrible, but I’m just not motivated to follow the entire thing in the intended order. 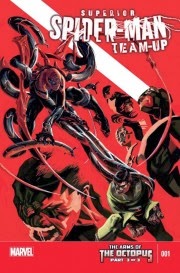 3 out of 10
Meh. The art didn’t really do it for me at all. I think they were trying to go for a retro look, but nothing about this book really appealed to me. 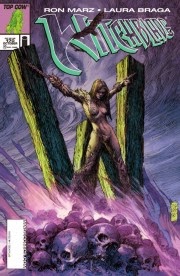 6 out of 10
I haven’t read an issue of Witchblade in years, so this issue was my re-introduction to the series. Like many other books this week, there were some really strong, good-looking pages, and then there were some that just didn’t seem up to par, looking like the same amount of time and care didn’t go into the entire book. The main character seemed to come off more like a man to me, which was a little jarring. Not too bad, though. 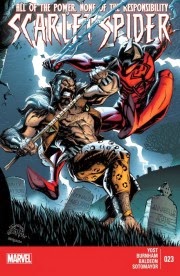 7 out of 10
This one was pretty good. The art and story were really in sync, and the character seems to be heading toward what could be a finale. Kaine is a very different kind of Spider-man, and there’s plenty of angst and redemption themes going on. 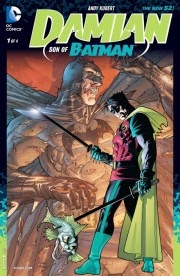 5 out of 10
Why does DC seem to do some many alternate universe/future books? This story takes place a few years down the road, and seems to kill off a few major names. They seem to really make big leaps and take chances when it’s not part of the main continuity. The art was very good, but the dialog really sounded like a comic book – and not a very good comic book. Seeing Sandman in the same week and having a yardstick to measure just how good the writing in the comics medium can be, this was a big letdown. Not a bad book, but not great.