Skip to content
I’m up to issue 34 in my quest to read every issue of the Amazing Spider-man! Still in the original Stan Lee/Steve Ditko era. 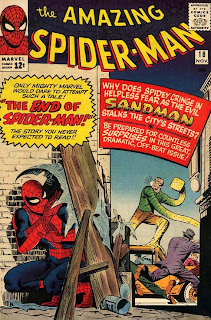 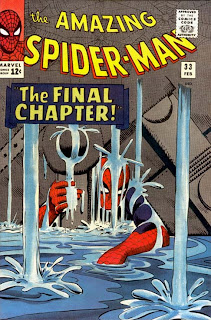 The characters have continued to evolve. Peter has broken up with Betty Brant, and good riddance. Every panel she’s in is an old dramatic romance illustration. She’s far too emo to be with Spidey. Ned Leeds is sniffing around, so he can have her. In issue 38, Peter graduated from high school, and he’s just started college, where he’s met Harry Osbourne and Gwen Stacy for the first time. Mary Jane of often mentioned, and finally seen once, but her face remains hidden from the viewers. Flash Thompson and J. Jonah Jameson continue to make his life miserable. Spidey has fought the first Spider-Slayer. The Green Goblin has returned a few times, but he’s still a minor league villain. Doc Ock is probably his biggest enemy at this point.

I tried reading some of the “Untold Tales of Spider-man” series, which takes place in this era, but the art and the stories are jarringly different from the 1960’s version, and it was just too distracting. I’m mixing in the annuals, and I’ll probably add Marvel Team-up when the time comes, but I find it’s better to do them in the published order. “Untold” looks good, but I’ll come back to that later.