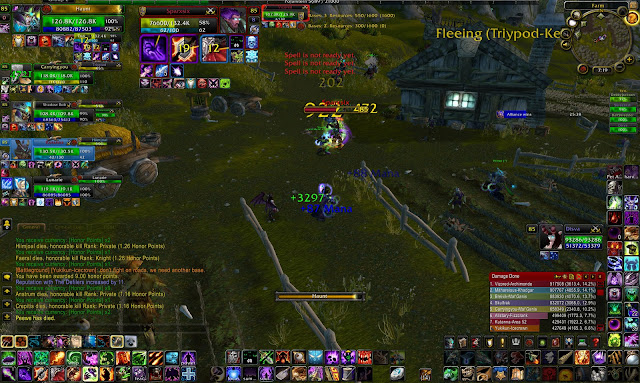 Not planning on going back to the Firelands for a while, now that Skulfrak has made it through the daily grinds. I actually ran a battleground this morning for the first time in a long while! It was a pretty humbling loss.

Anyways, what to do next? Classic Dungeonmaster, followed by Outland Dungeon Hero – by myself! There are a long list of places Skul doesn’t have credit for, so I’ll go back and wipe them out single-handedly.  The vanilla instances will be easy-sauce, but the Outland heroics may force me to pay attention, as I’ve only solo’d one so far, but I think I can do it.  Here’s my hit-list of places to conquer –