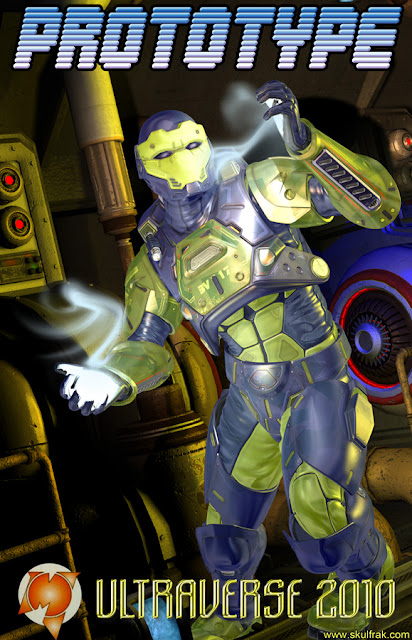 This is a piece I did last year. We have an Ultraverse group on Facebook, and it was very popular for a while, with a lot of activity. Everyone pretty much agreed that there were some great characters and stories, but Marvel will probably never allow them to be revisited.  I was playing with an armor set that I thought would make a great Prototype suit, so I came up with an idea for Ultraverse 2010.  We can always dream!