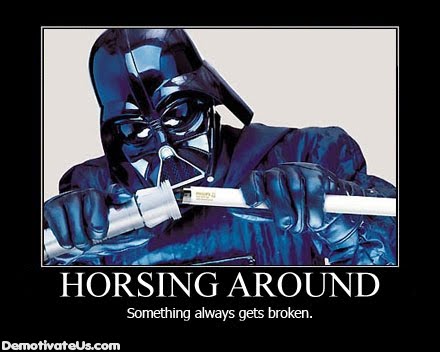 I just finished my second go-round with Google’s AdSense service, and my account has been deactivated once again, for reasons unknown. The email I received went on about click abuse, but I had zero clicks for the month I’ve been using it, so unless someone came in yesterday and gave me a flurry of clicks, I have no idea why they decided to bend me over once again.  Looking around on the web, it looks like I’m not alone in this practice.  It’s hard to address a problem or infraction when they won’t tell you what it is.  And of course, they didn’t turn their ads off.  I had to do that manually.

I will never use this lame system again, nor will I recommend it to anyone else.  Google is fast evolving from the edgy tech company to just another faceless corporate overlord who absorbs everything they want and leaves you with no alternatives.

If they simply had a human being who could explain why my account was suspended, I would be fine with that. I suspect it’s an entirely automated process though, and whatever machine intelligence classified me as unacceptable cares even less what I think of them.

So, my AdSense experiment, which so far had yielded absolutely nothing with no clicks at all, has come to a bitter end.  AdSense is a bad product, and offers little to no support.