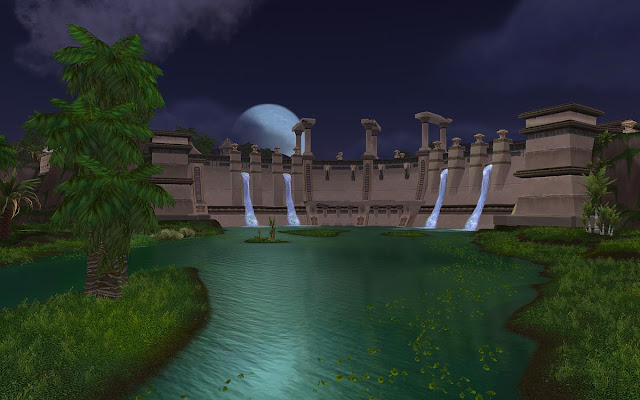 Now that she’s level 83, I bought a few new pieces of gear for my human warlock Fairchild, trained Dark Intent, added my new talent point, and set off for Uldam. The route from Stormwind to Tanaris without the portal is a bit perplexing. I had heard that portals in Shattrath and Dalaran had been added back in with the last patch, but it looks like only to the major cities of Stormwind and Orgrimmar.  I explored Shattrath, as it’s been a while since I was there, and checked out all the new guys where the portals used to be, before I ended up hearthing back to Stormwind and taking the bird to Menethil.  That town really got hosed by Deathwing. I quick boatride to Theramore, and then another bird to Tanaris, and then I joined up with the caravan to Uldam. 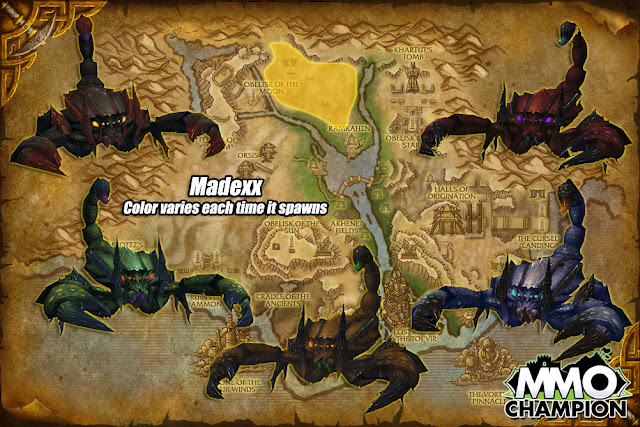 I did some of the initial quests, and even found a giant rare scorpion, Madexx, who was pretty easy to kill, and he dropped a crystallized tear, which vendored for 25 gold. I ended up with about 30% of level 83 done, so just a few more days till I top out.