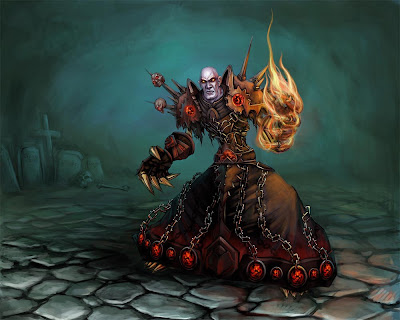 After a few recent accomplishments in WoW, I kind of ran into a sudden feeling of burnout.  I switched Skul over to PvP, and was running battlegrounds a lot, and after a few days, I just had overwhelming feelings of, “I’ve done this before.”  I’m just repeating the same patterns every day, with crafting and daily quests.  My main characters have evolved, but I just wasn’t doing anything new.

I’ve been playing this game since the original beta in mid-2004.  I’ve taken a few weeks off here and there, but I haven’t done that much in other games. A long time ago, I used to get a new game every other month and try a lot of different genres.  Since WoW, I’ve not bought into many others, and I’m currently missing that.

This is not to say World of Warcraft has become bad or gone downhill.  With six years of adding on and refining things, Blizzard has set the bar extremely high. No other game out there is as deep or has as many features. I still love it, and I know I’ll be back in a while, but I just need some time off, and maybe after a few lesser games, I’ll appreciate it even more.

So, I cleaned out all my mailboxes, wrapped up all my current auctions, and parked all my toons in nearby inns.  Skulfrak and company will be back after an undetermined hiatus.