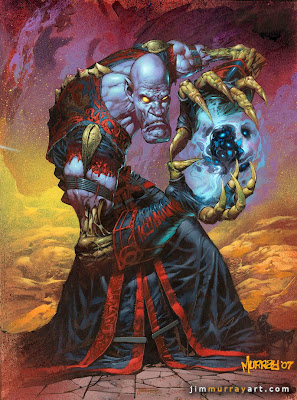 Been thinking a lot about PvP lately, and did some on my warrior I’ve been occasionally leveling, but I just don’t enjoy it was much as I do on my warlock.  I’m thinking it’s time to knuckle down, get some gear, focus my spec, and send a few thousand alliance pinkies to the graveyard.

For all that’s going on in my life, PvP better suits my play time.  I don’t have a few hours to slog through heroics in a PuG and listen to all the whining, but 30 minutes here and there to knock out a battleground can be fine.  There’s just something about facing off against other players as opposed to computer-controlled opponents that I find very satisfying. Real people can make dumb mistakes, hit the wrong keys, be in the wrong place at the wrong time, etc.  Anything can happen.

So, I’m lacing up my boots and heading into some battlegrounds and Told Barad on Skulfrak  I wouldn’t mind some arena action too, but I need some better gear first.

I’ll be tweaking my affliction spec, adjusting my glyphs and going after some resilience gear. Next report will be from the trenches!