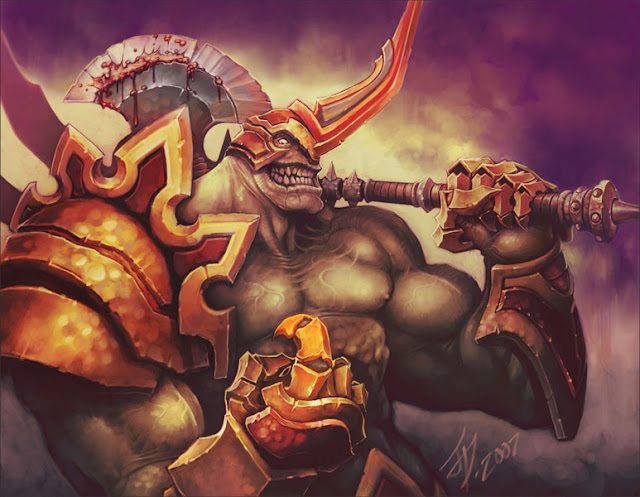 I was doing a Dire Maul run on my new worgen warlock this morning when I dinged level 45.  On my Felguard’s action bar, Felstorm appeared!  I’ve been waiting for this one for a long time now, as I use it all the time for AOEing large groups.  I’m still wanting Metamorphosis back, but that will come soon.

Had some really strange tanks lately.  A few genuinely crappy ones, and some very picky ones.  I got yelled at for my pet chasing down runners from large groups in Stratholm.  I think he was just jealous because my pet was better at holding aggro than he was.

It’s fun now that Scholo and Strat are accessible in the 40s.  I missed those the last time I leveled, because they were high 50s, and I skipped them to go right to Outland dungeons.  I’m closing in on the Classic Dungeonmaster achievement, and this toon is not even 2 weeks old yet.  Very strange seeing some of the old zones that were upper 50 content now down to 30s and 40s.

I’m exalted with Gilneas, Stormwind and Darnassus from the dungeon tabards.  I bought a bunch nightsaber mounts, which I really like.  By the time I’m 60, I should get all six alliance reps finished and get the ambassador title.  When I get a flying mount, I’ll probably do some archeology to bump my levels a bit while waiting for Outland dungeons to pop.  The dungeon finder is still moving pretty fast – about 5 to 15 minutes waiting time as DPS.

Cygnet is on the Whisperwind server, and is currently level 46, at 13 days old.