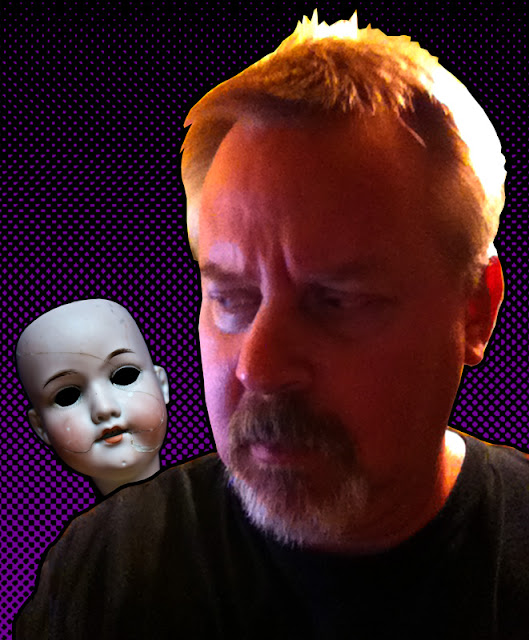 I usually don’t remember my dreams. They’re nothing extraordinary. Usually just random flotsam and jetsam from memories or ponderings as I drift off to sleep.  The other night, though, I had one that was strangely vivid, and I can remember every detail.  It was just a short snippet, but I’ve been turning it over in my head, wanting to know more about it, and see what happens next.  I can never seem to get back to a dream when I try, so I’ll probably never get any more of it, but it kind of creeped me out.  This is what I can remember –

I got out of the car and closed the door.  It was very late at night, and it was silent except for the cool wind blowing in the trees.  I hadn’t been to the house I grew up in for many years, but it was exactly as I remembered it the last time I was in it.  I didn’t know why I was there, and only thinking back on it now do I realize that when my mind calls itself back home, that’s where I end up.

I had a nervous feeling as I started toward the house across the front yard.  It was the time of night when everyone else in the world was asleep, and the only things awake were troubled souls.  The grass was dry and I looked down as it crunched beneath my steps.

I stopped, frozen with fear.  The voice was right there next to be, but I was all alone on the lawn.  I looked around nervously, sure I had heard something, but telling myself I had imagined it.  I wanted to run toward the house, or back to the car, but I couldn’t move.

That time I knew for sure someone was whispering to me.  I turned, looking for anyone who could be hiding in the shadows.  It was not a nice voice, and the tone was menacing.  I couldn’t move until I knew who it was.  I knew it wasn’t coming from inside my house, as that’s a safe place.  As my eyes moved to the right, I scanned the neighbors house next door.  It was not the same house I remembered from my youth.  This was much bigger, with a second story and a front porch that wrapped around the house on the side.  There were big trees casting dark shadows along the wood siding.  A row of windows along the side facing my house were totally dark, revealing nothing at all inside.  Then I saw it.  In the last window near the front of the house, a small porcelain doll head was peeking out, as if looking at me.  And in that instant, I *knew* it was watching me.  It was an old, cracked and forgotten toy, with dark, empty eyes.  But I realized that it was a dark spirit, looking for something in dead of night, and it had found *me*.

I didn’t know what to do.  Part of me wanted to confront it.  After all, it was a porcelain doll, and I had two hundred pounds on it, so I could probably take it in a fight, but that’s only if it didn’t use any of that zombie voodoo magic on me.  I could run, but that would seem kind of a sissy thing to do.  So I just stood there, staring back at it, and raised a finger and wagged it defiantly toward the doll, as if to let to it know that I was watching it too, for all the good that would do.

Then it grinned at me.

My blood froze.  “You see me and acknowledge me.  Gotcha.”  the dark voice whispered to me.

It was gone, and I was alone in the yard, with nothing but my fear.

I knew that whatever it was, I had become it’s new best friend, and I would be seeing it again.  Some night, I’ll have to go into that house and confront it, and hope I’ll make it back out by morning.