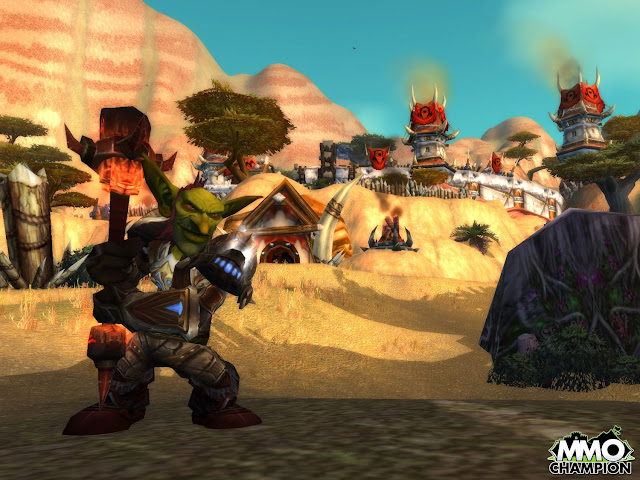 I’m taking a break from the level 85 content right now.  I’m not happy with the difficulty of heroics vs. the gains I’m making – both in drops and valor points.  Tol Barad on my server is hopelessly broken right now, and I’ve not seen the Horde owning the keep at all.  Archeology is maxed out, and the Tol’vir digistes are way too few and far between, and I’m not using +100 gold tablets as buffs in heroics.  My wife is taking a break for a bit, and Skulfrak kind of goes with her toon, so he’s going on the shelf for a bit as well.

This brought me to question which alt I wanted to play.  I have quite a few toons at 80 that I could finish off, but I’m not ready to play something other than a warlock right now, as I’m having a blast figuring out my rotation and playstyle.  I ended up going back to my goblin, Kaboodle, and am having way more fun than I’ve had on my 85 toon.  Kaboodle has gone from level 18 to 30 in 2 days so far, mostly in dungeons.  The revamped old world stuff is faster and more streamlined than ever before, with all the quests inside the instances.  The bottom line, is I’m having way more fun leveling than I was at the top.  The new Cataclysm zones are amazing, but I think they’ve got the end game pretty far out of whack right now.  I’m a casual player, and the 30 minute runs in Wrath were nice.  I’ll admit, they were too easy, but for PUGs, it’s just not fun anymore, and I’m not getting anything out of it.  The end bosses don’t even drop epics – just blues, which is about the same quality you can get from quests in Twilight Highlands.

PvP has been fun in the battlegrounds.  This weekend is Warsong Gultch, so I’m going to be trying to grab some extra experience and honor there.