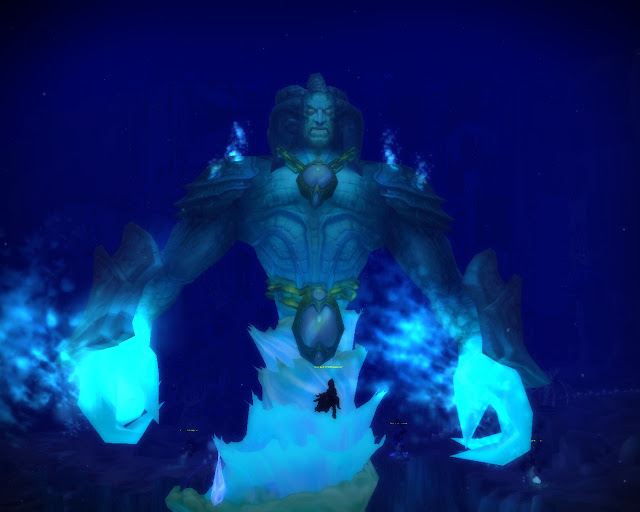 Well, that was bad. I managed to cobble together enough gear to get Skulfrak into his first heroic dungeon, and the first part of it went fine. Pulls were careful, DPS was good, a few bosses died.  But on the Neptulon encounter, I had never done it before, and apparently I was DPSing the wrong adds and got scolded as we wiped.  The healer quit, followed by another DPS and the tank, so I still have not completed a heroic yet. 🙁

This morning, I popped over to my goblin warlock, Julep, on Bleeding Hollow, and started some of the Hyjal quests.  Right away, a dreanei death knight tried to gank me, but he failed and I put him in the dirt. He was unprepared for fear.  I would have done more, but I’m having connection issues and the lag made it impossible to continue.