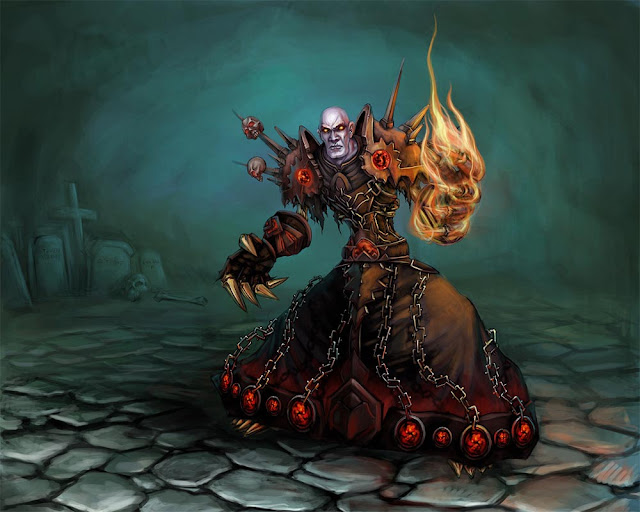 I was originally going to concentrate on my new goblin warlock, but I was just seeing too many cool things people were doing in the new 80-85 zones, so I went and gave Skulfrak the big push and got him to level 85. Uldum was my favorite zone by far – I love the Egyptian flavor and the Indiana Jones quest stories.  He’s going to working on the rep for the camel mount now that he’s about to start heroics.

I spent the weekend working the new archeology skill, and am at about 250, so I still have a long way to go.  I’ve gotten 2 rares so far – an elvish mirror and the fossilized raptor pet.  I really want the mounts that it has.

I had a level 80 Orc warlock stuck on a PvP server that I had followed my son to, and finally got him moved again to Bleeding Hollow to play with him, which is also a PvP server.  He’s been race-changed to a goblin as well, to make him a little more enjoyable.

I banged out a single level on my blood elf paladin, bringing her up to 81.  Tanks are still in great demand, so I have a lot of incentive to level that toon as well.