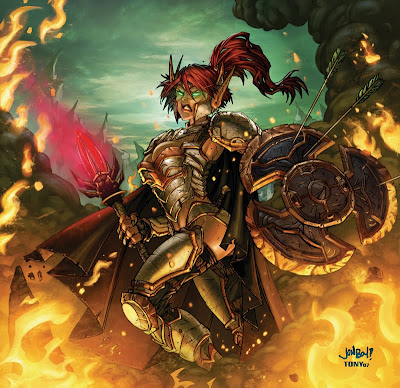 This is becoming tiresome.

I thought I had found a good home to start Cataclysm with, but I logged on last night and the first thing I noticed was I was guildless.  The guild leader was gone – either deleted his toon, or did a name change and server transfer, and he de-friended me on Facebook.  I found a few former members who had started a new guild, and hooked up with them.

From what I’m hearing, the previous leader had decided to host a mandatory guild meeting for something, and was going to kick anyone who didn’t show up.  This didn’t sit well with some folks, so they left, and in a fit of rage, he disbanded the whole thing, and left the server.

I always found Kellamax to be a stand-up guy, and the times I ran with him were great fun, and he didn’t strike me as the type to drop into episodes of drama.  I know that personally, I don’t do anything in the game that’s considered mandatory.  After the first year of raiding in vanilla WoW, I’ll never do that again.  I have work and family considerations, and my gaming is a voluntary free-time exercise, and mandatory attendance doesn’t fit for me.

So, Exodus is no more, and Skulfrak and Carrara are now members of Mass Insanity.  We’re still missing a lot of people, so it remains to be seen if this is my home for Cataclysm.  Having a good guild is going to be a lot more important in the coming months, so I’d like a nice stable place to grow in the expansion.

I’ve mainly been playing my paladin, Carrara, lately, getting my chops back for tanking and getting her some T-10 gear.  I know it’s all going to be pretty much worthless in less than a month, but it’s good practice.