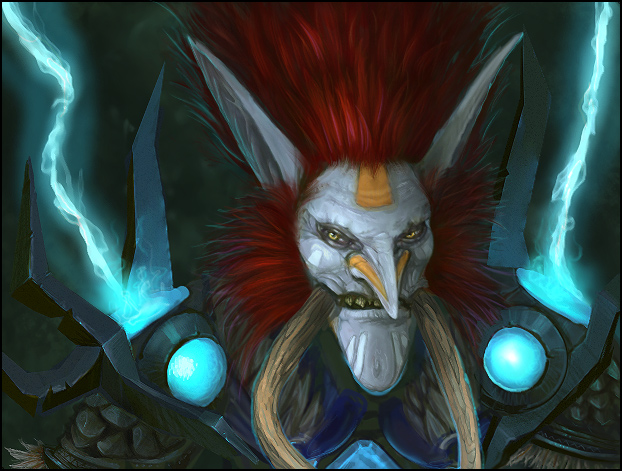 I did the last Direbrew runs on my level 80s this morning, bringing Brewwfest 2010 to an end for me.  I was able to do them all each day on all seven characters.  Four of them got Brewfest Ram mounts – no Kodos.  For about 15 to 30 seconds a kill, I got a sizable bit of gold and a stack of frost badges.  A few of these guys who were sitting on the shelves ended up with a piece or two of new gear.

I’ve mostly been playing my Troll Shaman, Portobello, lately.  Cataclysm now has a confirmed release date of December 7th, so I have until then to get his gear in shape.  When patch 4.0 drops, I’ll have a lot of re-learning to do for each class.  Ten, the event running up to the Sundering of the world will start, and we’ll be very busy, I think.  Good times!