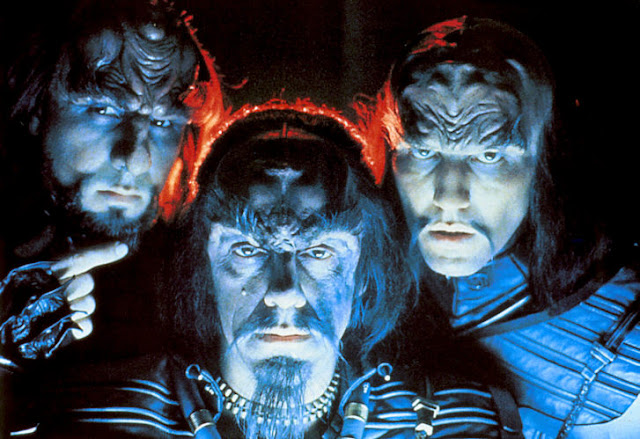 Go nastily amid the peace and tranquility, and remember what satisfaction there may be in genocide.

As far as possible, without surrender, move into other people’s space.

Lie often, and loudly; and listen to the lies of others, even the slow and incompetent — examples can be made of them later.

Seek out meek and inoffensive persons; they are annoying, but fun to kill.

Do not bother comparing yourself to others; those greater than you will eventually be eliminated, and those lesser than you are dead already.

Assassinate your superior as quickly as possible; your own career, however exalted, is not worth a plugged millo if one of your junior officers gets it over your dead body.

Exercise caution if one of your course changes suddenly produces a sensor ghost; for the Galaxy is full of Federation vessels.

But let this not blind you to the happier side of things; many Starship captains are swaggering, tin-plated dictators with delusions of godhood, and everywhere life is full of incompetence.

Especially do not feign meanness, neither be cynical about hate; you are not likely to run out of either.

Take kindly the counsel of the years, gracefully surrendering the joys of defenestration and evisceration for more mature pleasures.

Nurture a deep-seated suspicion of small furry creatures that purr; you never can tell.

Discipline is important; practice holding it in between planet falls.

You are a scourge of the universe, no less than your average interstellar plague or black hole; you have a right to be here.

And whether or not it is clear to you, no doubt the Universe is going to pieces in a most laudable manner.

Therefore do your utmost to annoy the Destroyer, however you may conceive of Him, Big Bang or Entropy Death; and whatever your plans of conquest, as you wade through the morasses of peace with fire and sword, annoy your soul.

With all its truth, high resolve, and courage, the world still has its ugly spots.

Strive to be miserable.